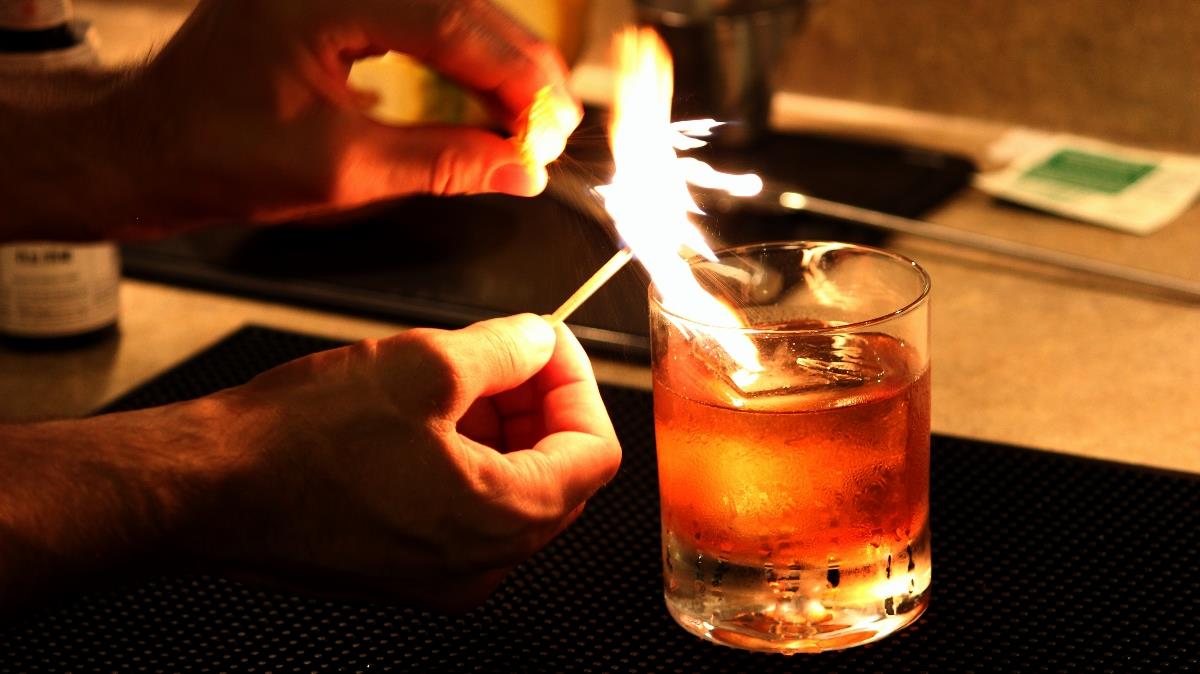 You’ve likely seen it on drink menus too, usually under “classics”, thanks to the recent craft cocktail trend planting its flag in hipster neighborhoods. Yes, double-digit dollar signs attached to elaborate combinations of liqueurs and aperitifs of all sorts now decorate the menus of most establishments. You can keep your IPAs; the cocktail is back and it’s a great time to be alive!

The Old Fashioned quite literally refers to the old-fashioned way of making a cocktail. Some say it’s the original cocktail. The recipe, much like the flavor profile, is classic and simple: sugar, bitters, spirits and maybe a splash of water to dissolve the sugar.

Those bitters, those ever so important wardens of balance and complexity, are not to be ignored. They tie everything together. In his book “Bitters – A Spirited History of a Classic Cure-All” Brad Parsons writes:

“One of the biggest misconceptions about bitters is that using them will make your drink bitter. Although this is understandable—tasted by themselves, bitters often taste slightly bitter or bittersweet—the term “bitters” refers not to a specific flavor but rather to the category of aromatic solutions made with bittering agents such as gentian root and cinchona bark. Bitters are essentially a liquid seasoning agent for drinks and even food, and their frequent description as a bartender’s salt and pepper hits close to the mark”.

One of the best things about the cocktail culture coming to life is the number of bitters now available for our enjoyment. There are several producers, big and small, developing bitters in nearly every flavor you can imagine. Beer brewers can cry themselves to sleep.

The Old Fashioned calls for Angostura bitters. Which is perfect. A classic deserves a classic. Angostura bitters are just a few decades younger than bourbon itself. There was, once upon a time, the great Angostura shortage of the late 2000s, in which drink prices skyrocketed. It’s hard enough to imagine not having access to the almighty Angostura cocktail flavoring, let alone cocktail prices increasing.

But Old Fashioneds need not to be ordered out. They are one of the most simple and straightforward drinks in existence. Before getting into the recipe let’s dive into what is not an Old Fashioned.

Old Fashioneds do not have fruit in them. Establishments too often boast OFs on their menus but then the barkeep reaches for an orange and few cherries and smashes away. Please don’t do this. And if you do, don’t call it an Old Fashioned. Muddle the fruit if you must, taint your bourbon if you must, but don’t tarnish the name. Cocktails of the muddled variety are “New Fashioned”. Not Old Fashioned. Forever remember this quote of the perverted nastiness of the mind:

“I once entered the bar of the Drake Hotel in Chicago where an ancient presided over a veritable American wing of glasses and bottles, and tried to explain that I wanted an Old Fashioned without fruit except the lemon.  The Nestor of the decanters waxed as livid as a Marxist on May Day, smashed a champagne glass he was polishing and danced up and down on the duck-boards in an ecstasy of rage.  ‘Young impudent sir,’ he screamed, ‘my hair is hoary –with eld,’ he added as an afterthought.  ‘Man and boy I’ve built Old Fashioned cocktails these sixty years.  Yes sir, since the first Armour was pushing a wheelbarrow in a slaughterhouse, and I have never yet had the perverted nastiness of mind to put fruit in an Old Fashioned.  Get out, scram, go over to the Palmer House and drink.’”

Let’s also clarify the pretension and the “get off my lawn” attitude coming through. New fashioned cocktails can be quite excellent. In fact, on one formidable evening some time ago, we were celebrating a friend’s recent collegiate accomplishments. We took to muddling blood oranges with rhubarb bitters then stirred in the usual amount of bourbon and sugar. The concoction was rather good so the process was repeated several times (needless to say, we were not all equals the following morning). The classic, however, is a classic and there’s no beating it.

So what’s the proper way to create the classic? There are three basic sins that regularly rotate among misguided cocktail enthusiasts:

The first is muddled fruit, of which we’ve already covered.

The second is too much sweetener. This is the most common mistake encountered at bars, restaurants, and homes. The drink should be cut with sweetness, but not sweet. All it needs is a small amount of 1:1 (sugar-to-water) simple syrup. You might have stumbled across recipes that call for an old-school approach of soaking a sugar cube with bitters and smashing away. It’s fine to do that but simple syrup yields the best results.

The third is bad whiskey. You’ll never get around the influence—the bite and bitterness—bad whiskey is going to impart. It doesn’t need to be expensive whiskey. Just avoid the got-rot bottom-shelf stuff. Because life is too short for bad whiskey.

Now on to the recipe:

Combine the whiskey and simple syrup in a cocktail shaker with ice. Give it four or five shakes of bitters. Aromatic bitters like Angostura work best but don’t be afraid to try combinations of different flavor profiles.

The next step is the most important: Like a baby, never shake the Old Fashioned. Stir. Stir for 15-20 seconds. A good stir will incorporate all of the flavors so they’re all getting to know each other, and the drink will be well chilled and slightly diluted.

Finally, strain into an Old Fashioned glass (see how important this cocktail is? It has a glass named after it) with one large ice cube. The large ice cube keeps the drink cold without further dilution. If you do not have large ice cubes, just pour it on rocks and drink it faster.

Orange peels are very flammable so this is super easy. The flamed citrus adds a mild smokiness to the drink. But never use a lighter for this process unless you enjoy the flavor of butane. Use a wooden kitchen match as shown in the video.

After flaming the twist, rub it around the edge of the glass a few times and then drop it into the cocktail. As you sip, the whiskey will inherit the bitter and the sweet of the orange, making it better and better with each tilt.

Oh, and about the whiskey, should you use bourbon or rye? Since you are now an expert, you get to choose what you’ll use.  Bourbon is sweet. Rye is generally spicier. Use your tongue and your instincts. Taste the whiskey. Listen to the whiskey. Learn from the whiskey. Eventually, you’ll settle on a few bottles to keep in permanent stock at your home bar.

So there it is. The definitive Old Fashioned. Feel free to experiment with different bitters and whiskeys and even fruits. But just be careful what you call it when you serve it.

Because nothing beats a classic.